Instagram Twitter Youtube
"Parents of Black children are in need of more programming that can give them a positive sense of self and affirm their heritage, and parents of white children want more resources that represent a range of ethnicities and nationalities that can spark anti-racist conversations with their families. "

ABF Creative, a Black-owned, Newark, New Jersey-based multicultural podcast platform announced a new partnership with Ubongo, a Pan-African social enterprise that creates edutainment for kids in Africa, and around the world to bring the Akili and Me podcast to life for U.S. audiences. Akili and Me is a Tanzanian-made educational cartoon that follows African character Akili on magical adventures. With over 15 million viewers on Youtube, Akili and Me is a source of education and entertainment for and about people of color and of African descent.

Anthony Frasier, Founder and CEO of ABF Creative said, “Parents everywhere are looking for new material to foster a positive and inclusive world view for their children. Parents of Black children are in need of more programming that can give them a positive sense of self and affirm their heritage, and parents of white children want more resources that represent a range of ethnicities and nationalities that can spark anti-racist conversations with their families. The Akili and Me podcast is one of only a handful available right now that can achieve those goals.”

Doreen Kessy, Chief Business Officer of Ubongo said, “It is important for Black kids to grow up hearing stories that are representative of their experiences and environment, so they can be confident in their identity, and see endless possibilities to what they can achieve. By providing them with content that celebrates their culture, stories, and heroes, we are essentially saying, ‘I see you. You are important. You matter!’”

The series launched with the first 5 episodes, each running 12-13 minutes, on August 4th and the partnership expects to release a new episode every Tuesday and Thursday through December. It’s suited for kids 3-6 years old and aims to help them learn numbers, letters, drawing, and English. There are over 50 episodes slated for the podcast series.

The COVID-19 pandemic, which disproportionately impacted minority communities caused most schools and camps to close or move online, leaving children and families looking for alternative, virtual educational materials. In addition, these same families are absorbing or participating in the re-energized Black Lives Matter Movement and global protests against systemic racism and police brutality. Together these issues have heightened an already deep need for more representative and positive media for children, particularly those who identify as Black.

Unfortunately, we already know that American media is behind when it comes to representing minority characters – both in numbers and in how those characters are often portrayed. Traditional film and TV programming have made strides, but options for children are still limited. With the podcasting boom underway, parents and producers alike are looking to podcasts as a new window to kids programming. A survey of iTunes most popular podcasts listed in the “kids and family” genre revealed that less than 15% of those podcasts included a creator or character of color on their website. The Ubongo/ABF Creative partnership stands to help fill this void with the Akili and Me podcast.

Akili and Me’s characters and settings are representative of and relevant to young viewers around the world, especially those viewers of African descent. The characters and content have attracted an audience hungry for positive representations of people of color and of Africa. It also teaches values and skills like social-emotional learning, numeracy and literacy, which are stimulating and educational for young children no matter where in the world they live. As one parent from South Carolina commented, “I really feel like Akili and Me should be watched by all Black/Africa/Afro-Latina children and some adults…” and adding, “It’s an incredible educational tool.”

ABF Creative develops and distributes original and branded podcasts for multicultural and underrepresented audiences. Its mission is to bridge the gap between authenticity, storytelling, and marketing. ABF Creative’s current and past podcast partnerships include Audible, Prudential Financial, The GRAMMY Museum Experience, Brooklyn Museum, and BET. For more information visit https://www.abfc.co/ 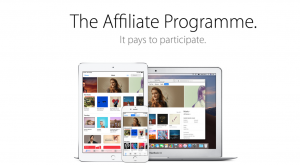